Skip to content
Our floating conveyor systems consist of three main types: the pontoon type, our SWO System and the catamaran type.
The pontoon system consists of floating single-belt bridges on bearings which are supported by pontoons. The bridges are swivel-mounted on their bearings.
Floating conveyors may be rotated horizontally around the vertical axis of the pontoon by ca. 100 degrees. Pontoon, bearing and conveyor bridge form a unit. The units come in standards lengths of 25, 30 and 50 metres. 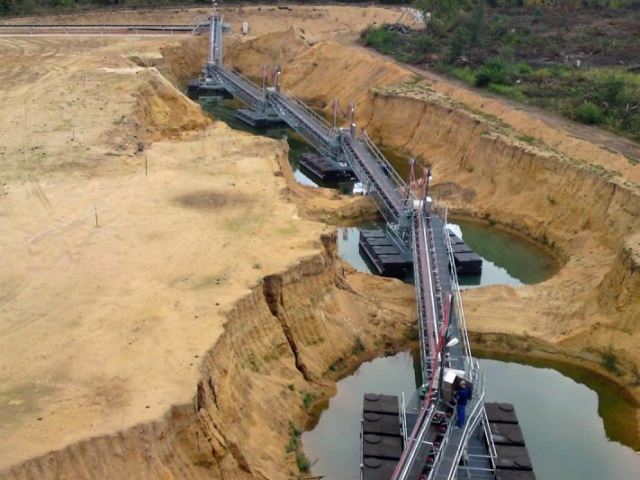 The SWO System consists of self-supporting single-conveyor bridges with longitudinal pontoons covering their entire length. The conveyor belt is centred between the pontoons, which also provide space for gangways that are 800 mm wide and connect to one another via generous stairways instead of cat ladders. Thanks to its low-lying design featuring a low centre of gravity, the SWO System boasts great floating stability and a low wind load.
The conveyor bridges are connected with universal joints, cancelling out any torsional stress. The horizontal pivoting angle between two conveyor bridges, as between the first bridge and the dredger, is ca. 100 degrees. This is a patented system developed by SWO. The conveyor bridges come in standards lengths of 28, 46 and 52 metres. 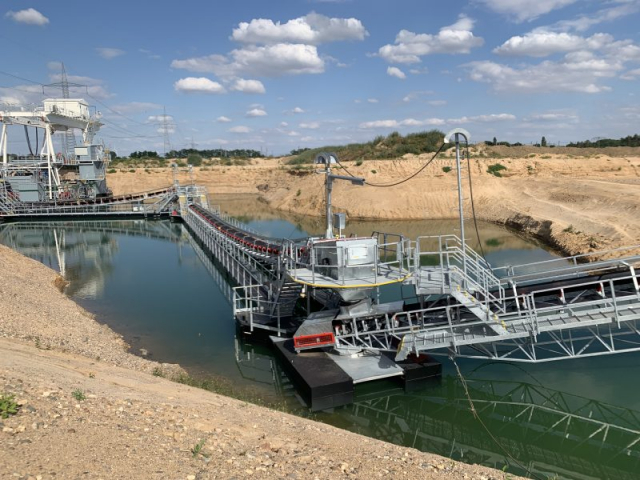 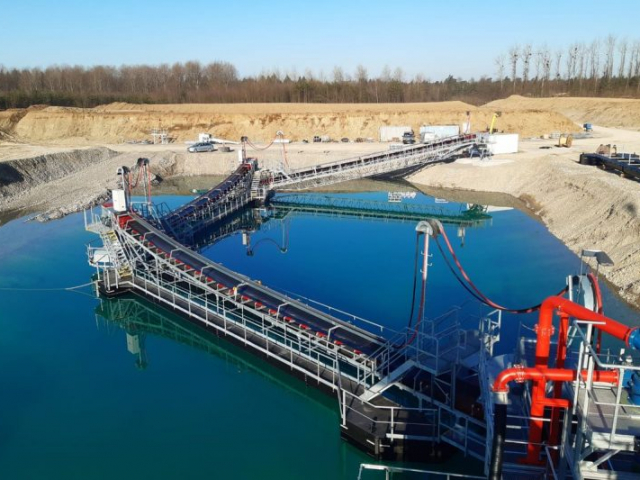 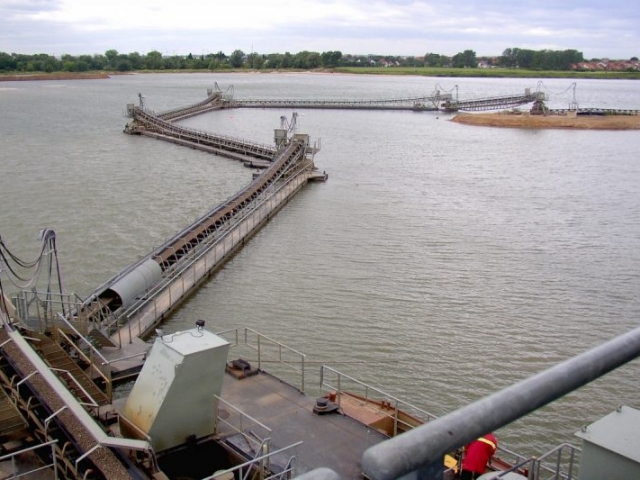 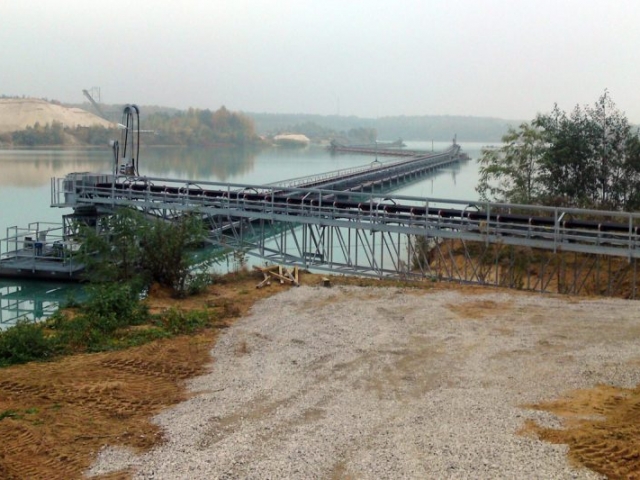 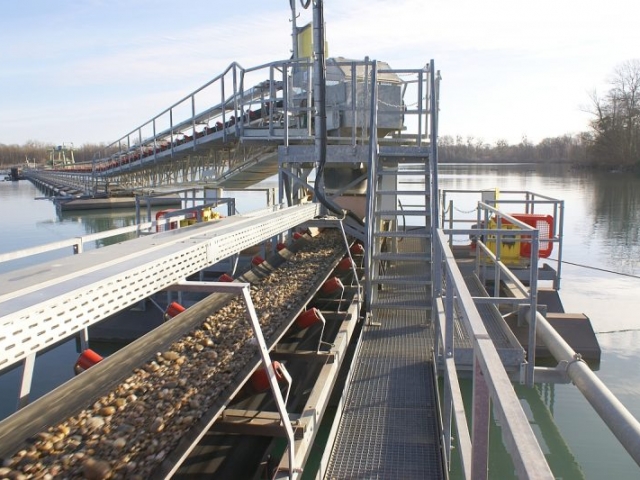 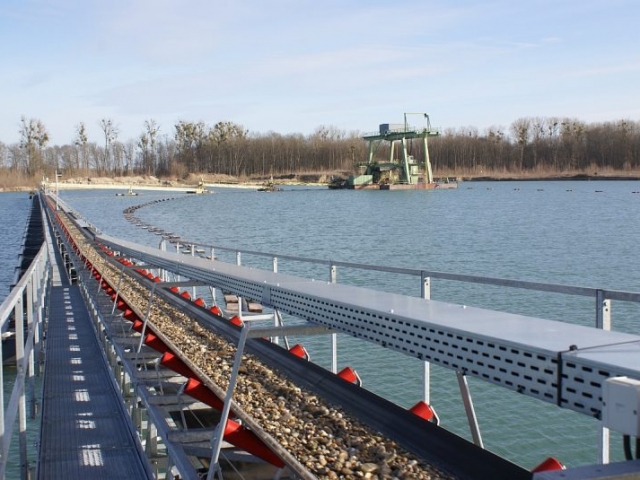